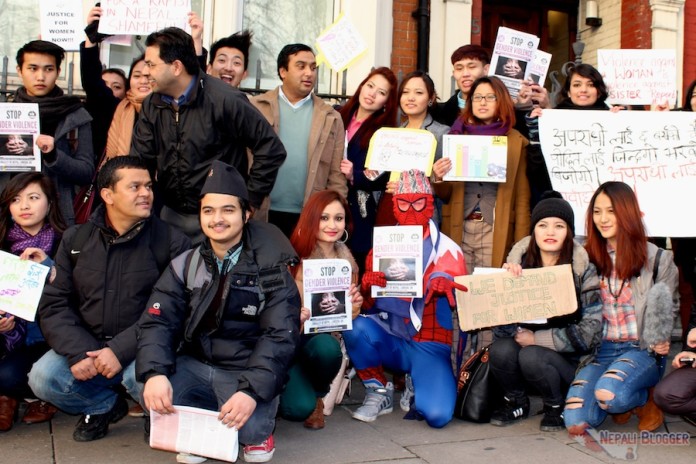 If you are aware of the protests happening in Nepal, OccupyBaluwatar shouldn’t be anything new to you. The protest that is being widely covered by national and international media has received solidarity from various parts of the world including the UK. A group of Nepali Youths in the UK protested in front of Embassy of Nepal in London to show solidarity with the #occupybaluwatar protest in cases of gender based violence in the country. 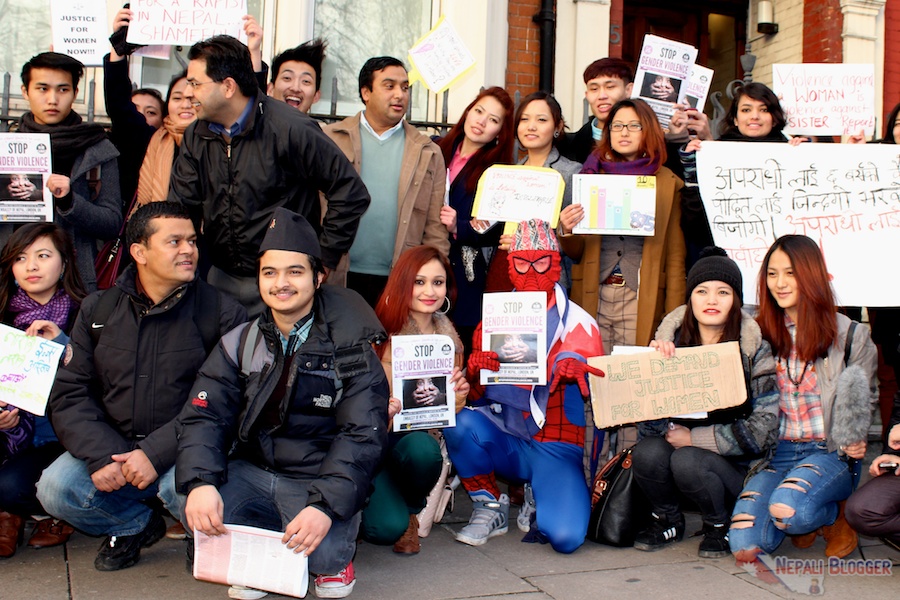 Protests in Nepal that awakened with TIA rape case has continued over weeks to form a movement to pressurize the government to implement rule of law and seek justice for the gender based violence victims. Mainly focused on recent women violence cases of Sita Rai, Saraswoti Subedi and Chori Maiya Maharjan among others; the protest has continued for past three weeks in Nepal.

Last Friday (on 11th of January), a few of us joined hands to protest and show solidarity to the victims of gender based violence in Nepal. With a group of around 50 youths, we chanted slogans along with display of placards and later handed letter of memorandum to the ambassador of Nepal for UK – Suresh Chandra Chalise. Here are some images that I managed to capture at the protest.

Here’s what Gaumaya Gurung (one of the initiators of the protest in London) had to say about the London protest in an interview with BFBS Gurkha Radio today.

With London protest, we knew that we are going to make a very little difference if not at all. But the important thing was to create awareness among the youths apart from the skeptic objective that the protest will pressurize the government back home.

Even with a significant media attention and lot of people on street for weeks in Nepal, the government seems to have turned deaf ear towards the cases. Not any public investigations into the cases seem to have carried on and only empty promises have been made by the PM till date. The government in Nepal has severely failed to address the protests demands and is probably thinking that the protests will fade away similar to previous ones in the past. But with more people from different walks of life joining the protest each day and keeping it ongoing for weeks shows no sign of getting back unless the demands are addressed.

An Aside:
It was delhi rape case that sparked the protests with home based cases in Nepal. Well sooner or later, the protests would have come at some point but delhi rape case not just strongly moved people all over the world but also ignited several protests in its neighboring south Asian countries. Especially in Nepal’s case a news coverage on kathmandu post flared people to get into streets and when the protesters decided to continue it, Occupy Baluwatar was born.

Read my post on Global Voices written during the first week of protests in Nepal.

For more on the aforementioned violence cases, please visit Stop Gender Violence website specifically designed by me for the London Protest. 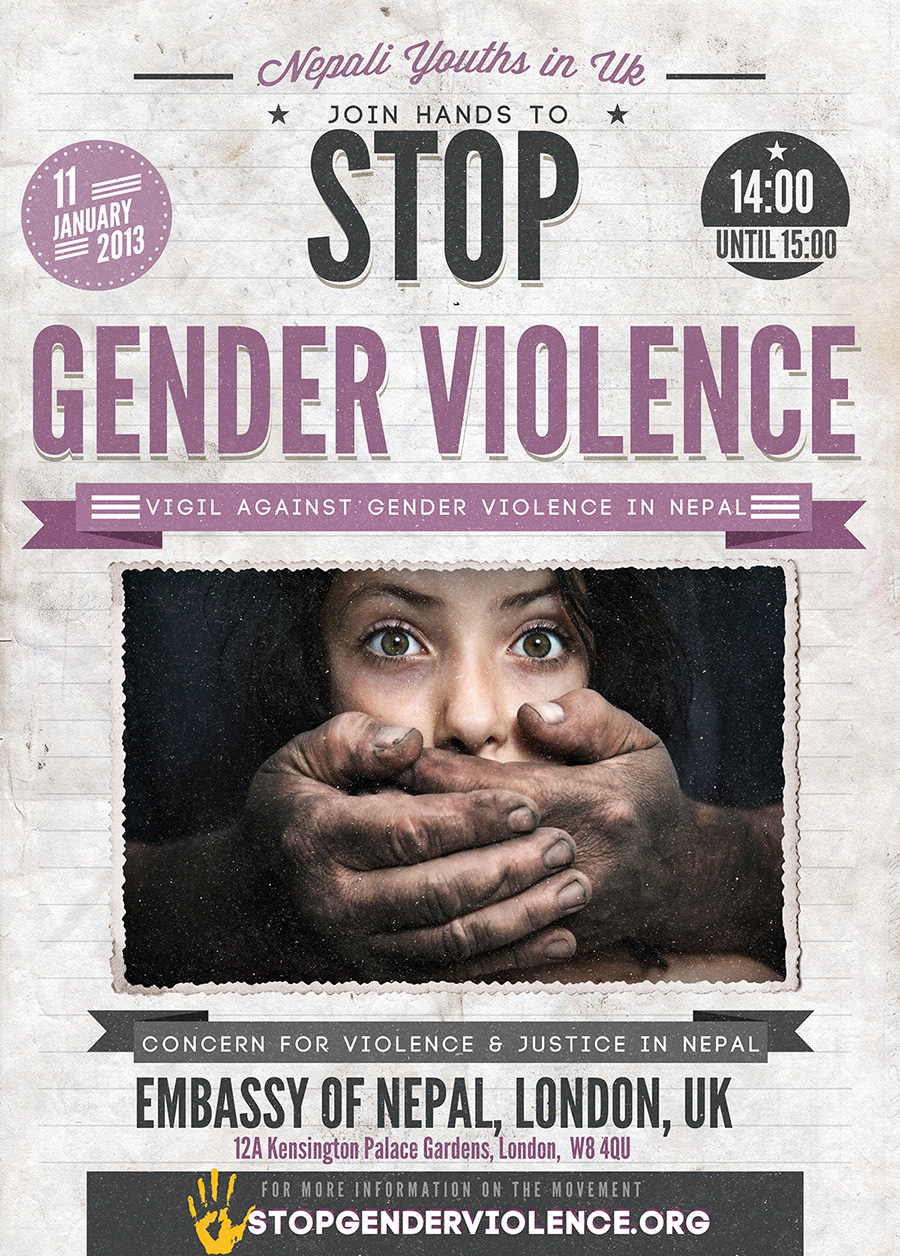 Are you supporting the protest? What are your views?