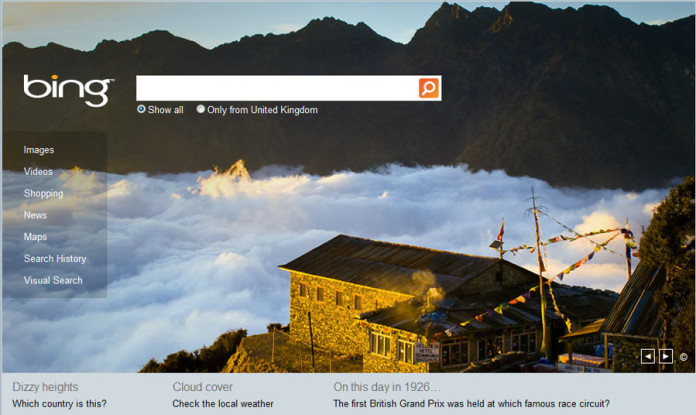 Not been long that Google featured Nepal in one of its holiday doodle and now there’s Bing, competitor for the search engine giant featuring Nepal in its background of the day. Bing has featured an image of Trekking hotel delightfully captioned as dizzy heights of Nepal and Cloud Cover in the country in its background. 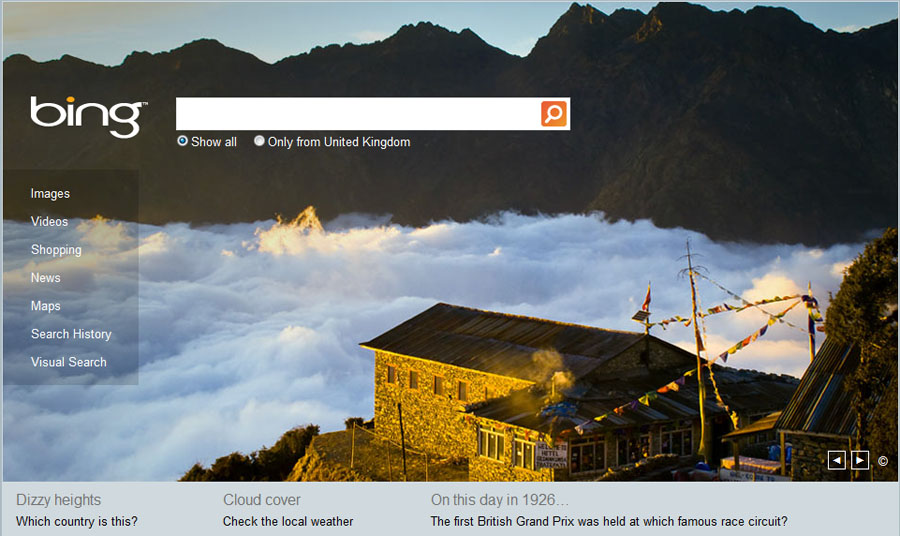 The image was taken at Thare Pati, which falls under Helambu trekking circuit by Whit Richardson (to whom the image is copyrighted). Whit Richardson has uploaded the image to his flickr stream captioning it “A lodge at sunset above the clouds on the Helambu circuit trek in Nepal.” 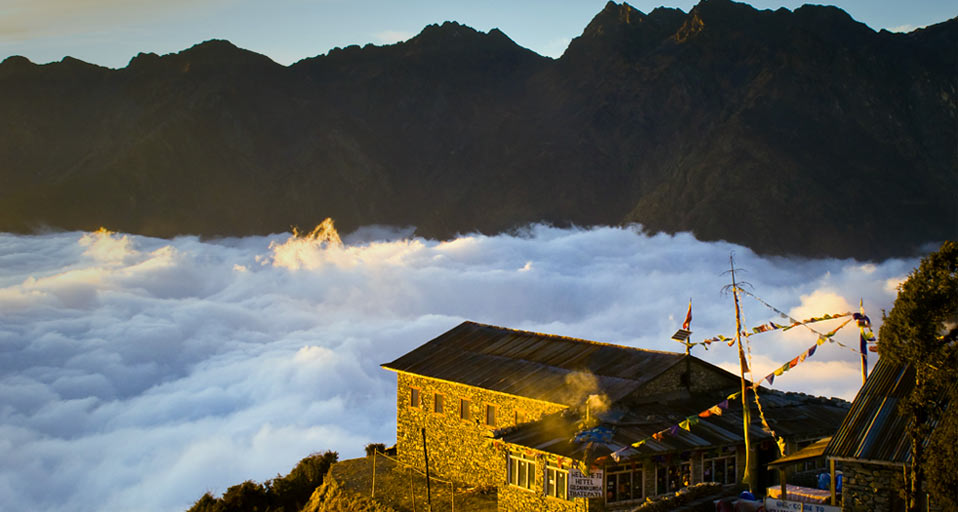 The tabs in the full background on the homepage explore Nepal as “Which country is this?” and “local weather” emphasize the cloud cover seen in the image.

[quote float=”right”]Lodge above the clouds at Therapati at sunset along the Helambu trekking circuit, Nepal.[/quote] The image is also tagged with several other details making visitors curious to explore the place. Notably, the background image entails one of the Nepal’s most famous occasions “GaiJatra” and beautiful multi coloured “Prayer flag” seen on the image.

Prayer Flags
“A prayer flag is a colorful panel of rectangular cloth, often found strung along mountain ridges and peaks high in the Himalayas. They are used to bless the surrounding countryside and for other purposes. Prayer flags are believed to have originated with Bön, which predated Buddhism in Tibet. In Bön, shamanistic Bonpo used primary-colored plain flags in healing ceremonies. They are unknown in other branches of Buddhism. Traditionally they are woodblock-printed with texts and images.”

In addition the background image is also tagged with “Nepali Calendar” calling it the year 2068 in Nepal. Many years ahead than the English calendar and the reason why you will find yourself a bit of a time traveller if you visit this country!

Thank you Bing for featuring Nepal in one of your backgrounds and urging people to find more about the country and visit it! Hopefully this helps our much hyped “Tourism year 2011” of the country. What do you think?