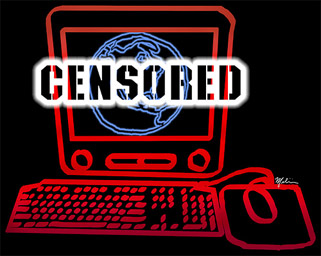 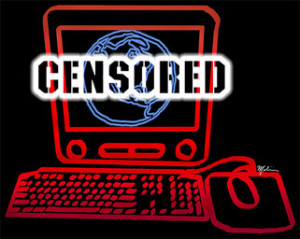 I wonder what sorts of people are behind the Home Ministry of Nepal Government and Nepal Telecommunications authority (NTA). These people asking the ISPs to ban some websites and blogs they find objectionable is clearly crossing the lines of freedom of speech and accessing information.

In name of p*rn sites, blocking popular blogs like huffington post and blogs with .blogspot sub domain looks really weird. (In a recent list re-issued and signed by Babu Ram Dawadi, Assistant director of NTA, huffingtonpost.com and other important sites have been removed and even .blogspot domain blogs are being accessed from some ISPs)

Tell me what percent of Nepalis have access to internet? Our government is lame, rather pessimist. Optimistic way could have been, looking for the population that are away from the internet technology and growing the reach.

And do a favour; tell me how do p*rn sites contribute to what you call violence or anything else? Frankly, banning the sites from ISP will not solve any solution, neither will do any control that Nepal Government may have in their mind. Our government is trying to ban so called adult sites. Well, they have banned all the p*rn websites they know and that makes only list of hundreds. To their knowledge, there are thousands and thousands of P*rn sites. I wonder if they can even list them. How can we believe that poor people like them who can’t even make some lists of constitution make list of thousands of adult sites?

Here’s the Screenshot of blocked websites in Nepal. (I didn’t prefer to keep it as text because I am an adsense publisher) 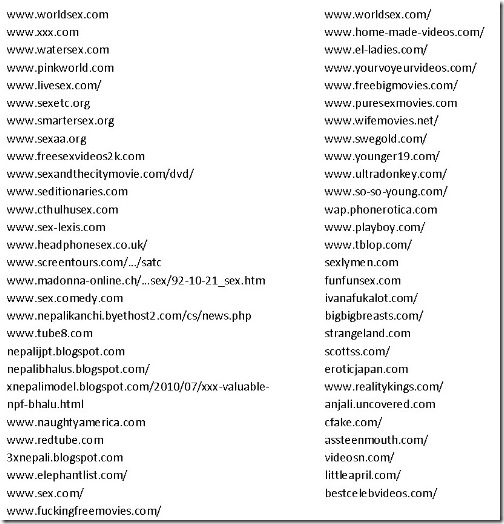 Second thing, are these people just targeting Cyber cafes? How many people use Cyber cafe these days and what percentage does that make of the total internet users? They should have some idea of maths no? Well, some negligible percent. People, who use internet from homes or offices, can easily find ways to access any sites even if you have asked the ISPs to ban them. Grow up! This is the technological age.

The world is always moving forward. Adult sites and P*rn is not really a big thing. I know there may be a vast difference in comparison with the societies but positive thing has nothing to do with it. Websites are technology, one of the many ways the world is moving forward with. Learn to embrace technology!