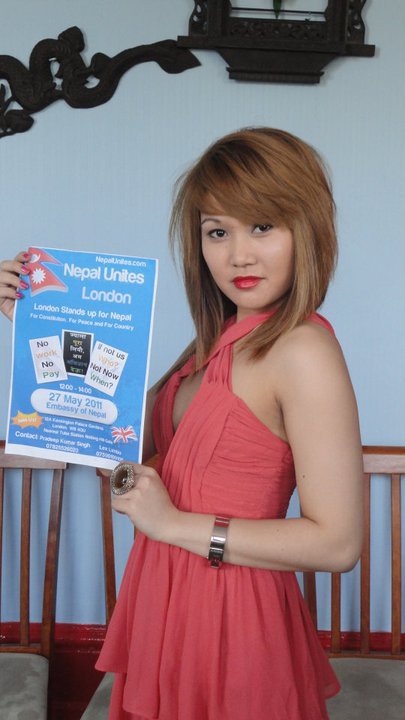 Here’s the press release for our Nepal Unites – London Event.

LONDON – May, 2011 – On May 27th, 2011 Nepal Unites, a Facebook movement that kicked off in the Himalayan nation is set to make its presence felt at the Embassy of Nepal in London with Nepal Unites – London protest. The pressure campaign sets out to demand the Nepali Government for a timely constitution, co-operation amongst the political parties and progress of the nation.

‘Nepal Unites – London’ will see a participation of the youths in mass who are determined to speak up, stand up and raise their voices. The decision was made to re-write the constitution post the fall of the Monarch rule in 2006 by the Democratic Republic government; however after failing to meet the first deadline on May 28th, 2010; Nepal looks ready to miss the second deadline which again falls on May 28th, 2011.

Angered citizens who have had to endure this political instability are coming out in thousands demanding progress and co-operation. Furthermore this fury is fuelled by the hefty amounts that are being paid to the 600+ Constituent Assembly members to write the constitution. 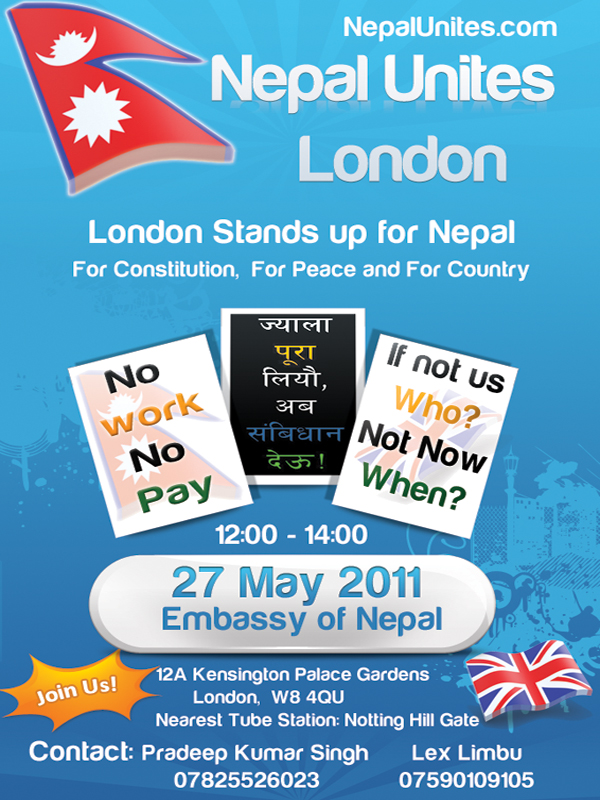