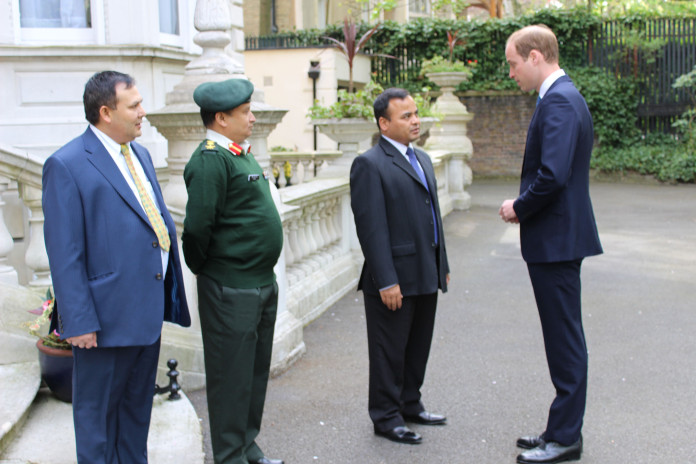 Prince William, Duke of Cambridge has visited Embassy of Nepal in London this morning to express his condolences and concern on the devastating earthquake in Nepal. The unexpected visit was more of a personal effort despite his busy schedule.

“Prince William arrived in the embassy at around 9 am today and expressed his sympathy in the condolence book”, acting Ambassador of Nepal to the UK, Tej Bahadur Chhetri said.

William, who had walked to the embassy greeted and introduced himself to the Embassy officials in Nepali. He was accompanied with a secretary and photographer where he spent nearly five minutes speaking about the situation of Nepal and international efforts for the earthquake relief in Nepal. He further signed a message on the condolence book that reads – “I express my deep sympathy and pray for the departed souls”. 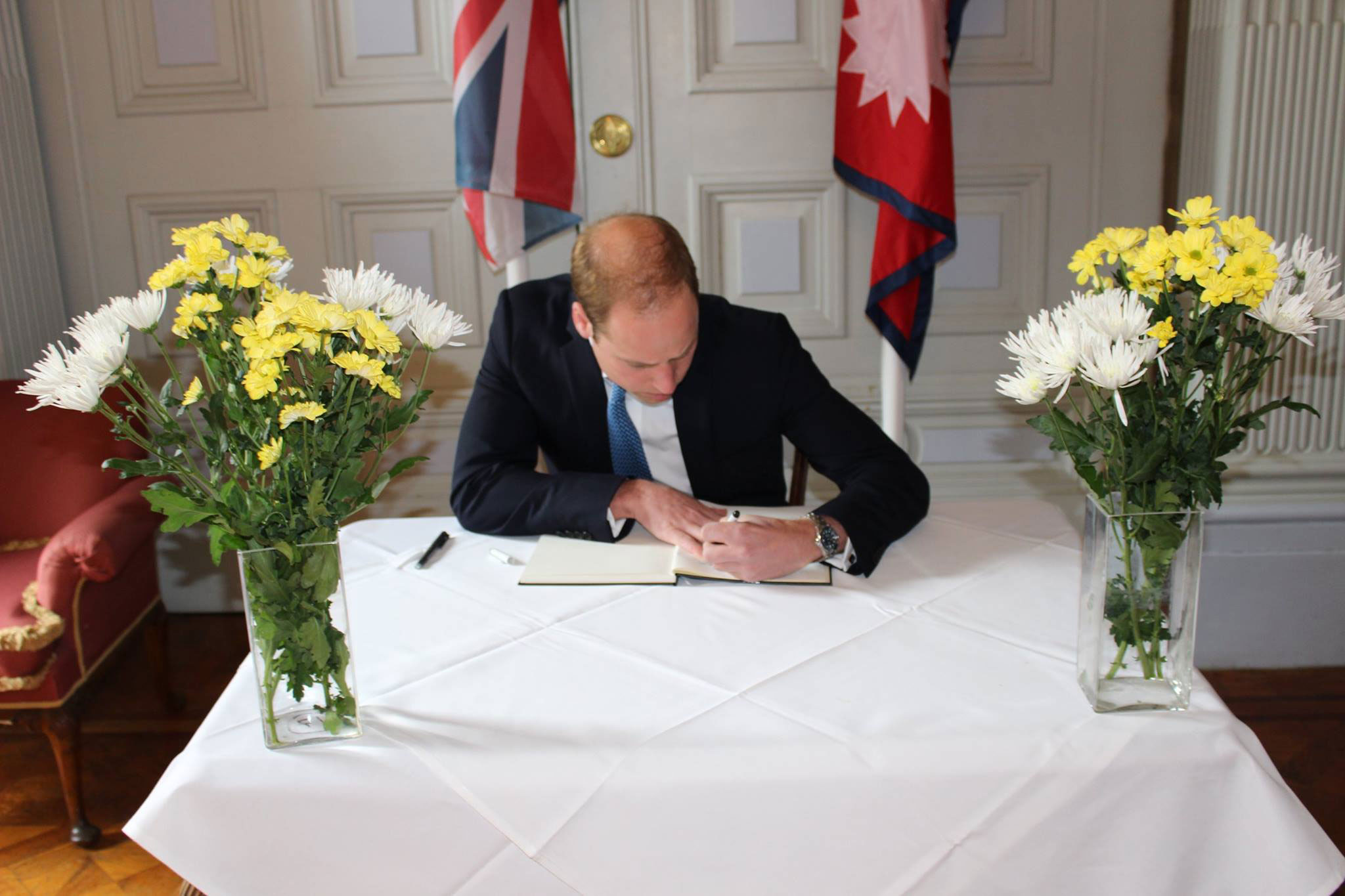 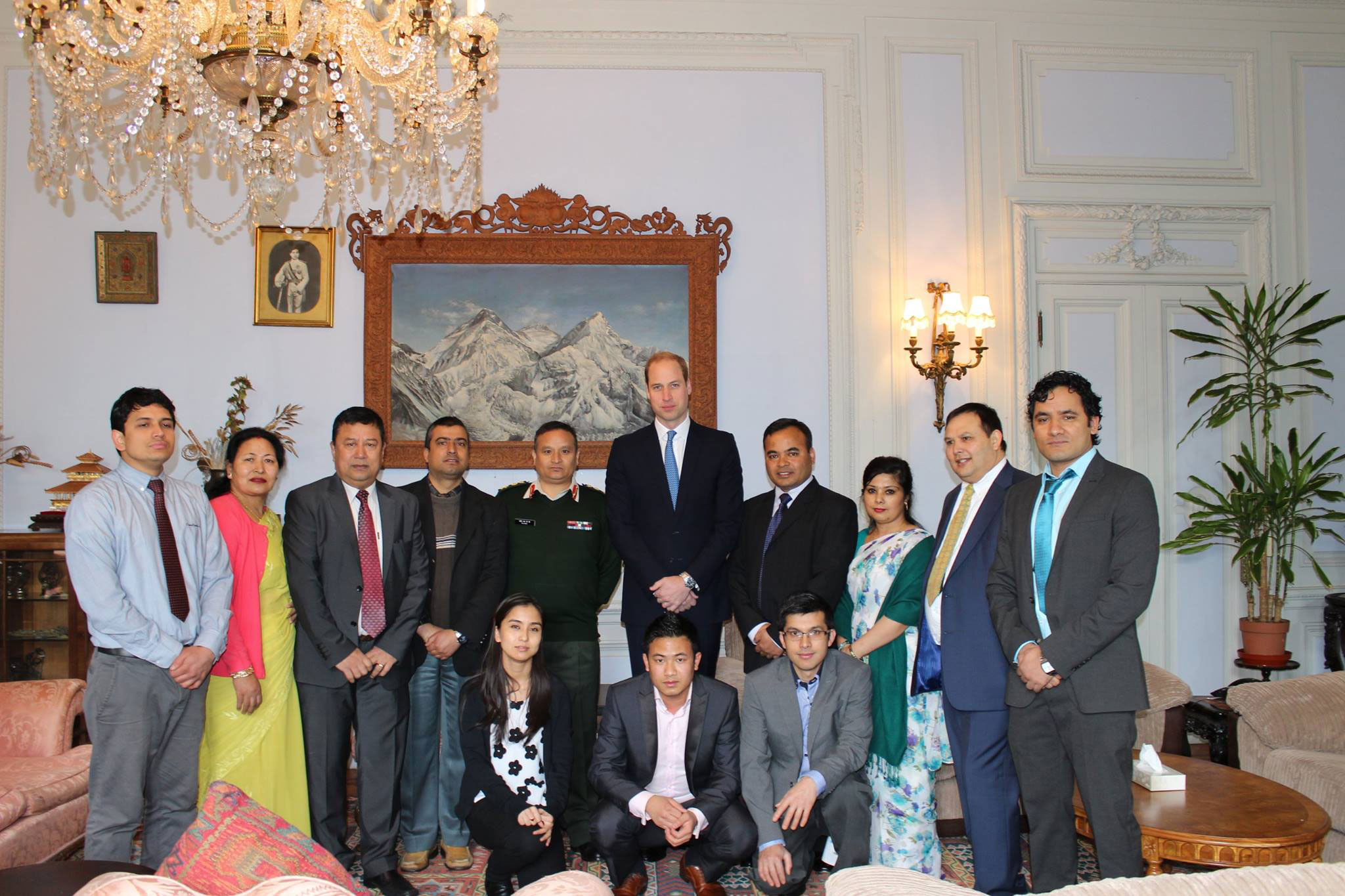 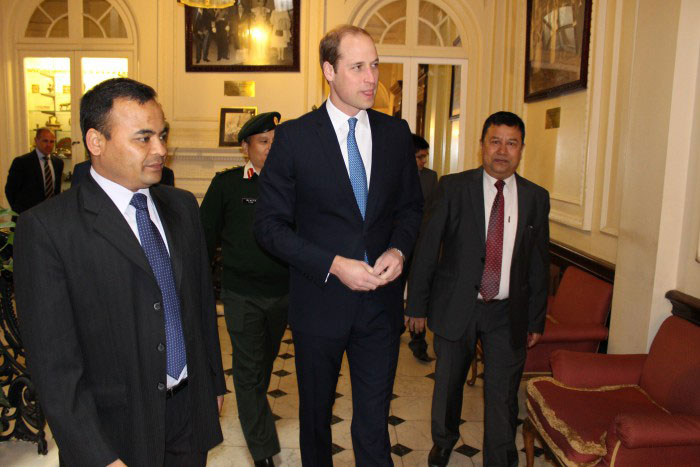 The British monarchy has stronger ties to the 200 years long Nepal-Britain relations. Queen Elizabeth II had previously sent personal message of condolence to Nepal’s people, saying: “I was shocked to hear of the appalling loss of life and injuries caused by the earthquake. My thoughts and prayers are with the victims of this disaster and with those bereaved.” Prince Charles and Queen Elizabeth II both have made personal donations for the earthquake relief fund of – DEC’s 13-member organisations.

Indeed a humble gesture from the prince. Thank you Prince Williams for your feelings for Nepal.