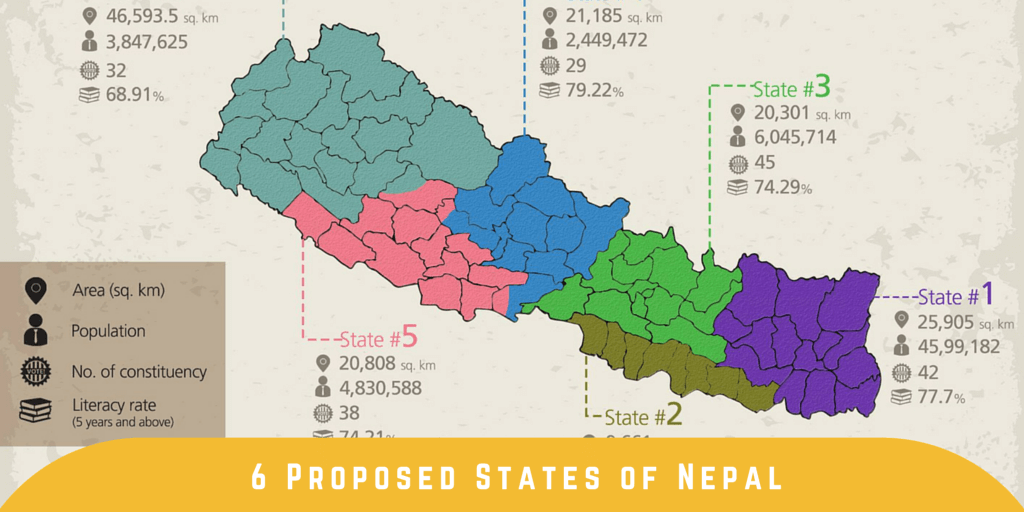 Leaders of political parties have finally agreed to federate the country into total of six states.

The decision was agreed by four major parties in the Special Committee of the Constituent Assembly’s Constitutional Political Dialogue and Consensus Committee last night.

This certainly is a break through in the constitution drafting process and the Prime Minister Sushil Koirala has asserted that the country would get new constitution soon after the agreement.

Here’s the infographic showing the six proposed states of Nepal with additional details. 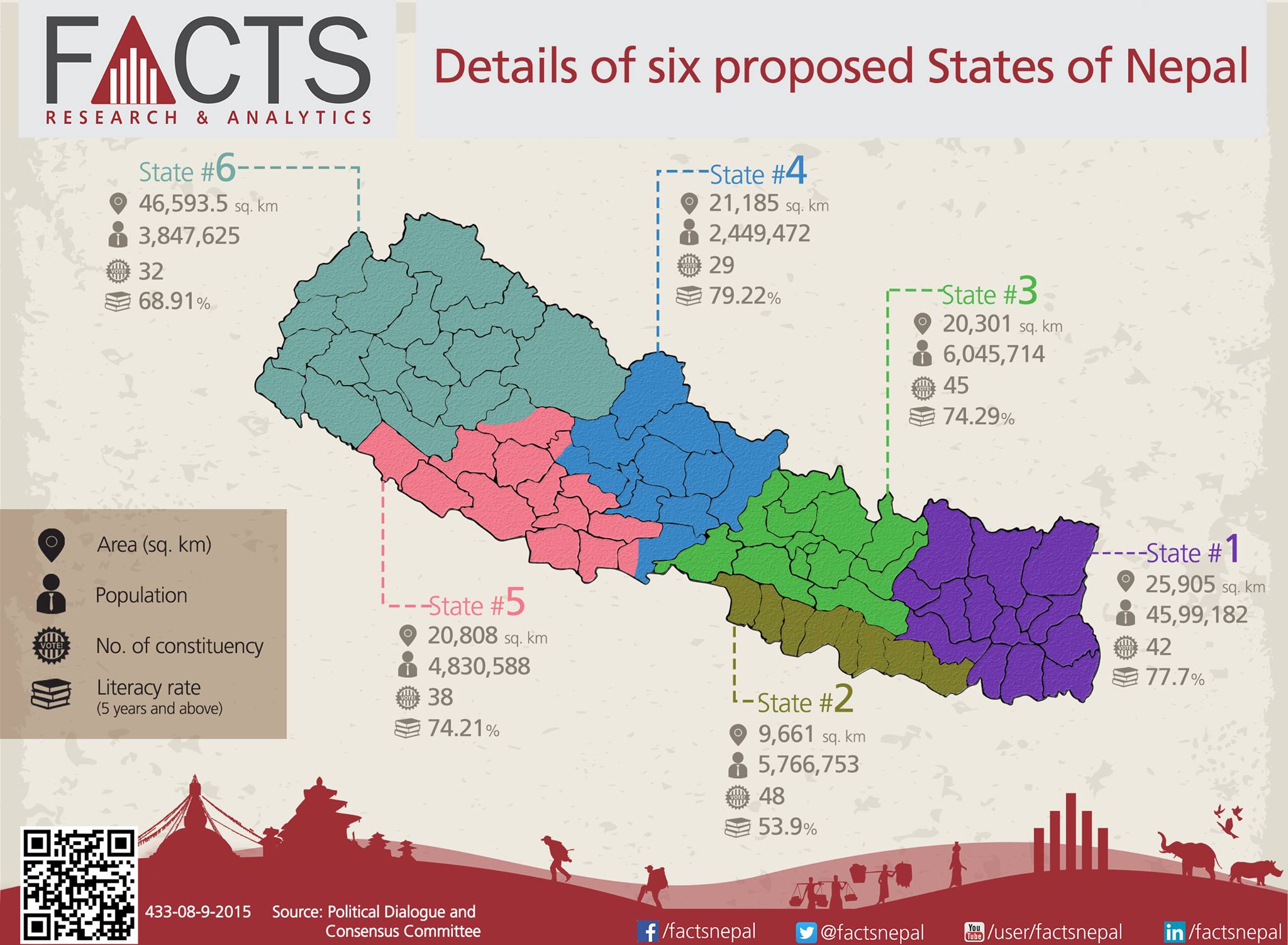 Districts under 6 States of Nepal

What do you think of this division into 6 states?

Here’s the final division according to the first Constitution of Nepal released by CA.