Nepali Cricket team has arrived in London for their upcoming friendly match on 19th July here at the Lord’s cricket ground.

Team Nepal will be playing for the first time at Lord’s with the prestigious Marylebone Cricket Club (MCC) team. Founded in 1787, MCC is one the most famous cricket clubs in the world. The club also owns the Lord’s Cricket Ground, often referred to as “the Home of Cricket”.

The Nepali embassy here in London is also actively facilitating the event by organising several community meetings to raise awareness and forming teams to promote and support the historic occasion.

The friendly cricket match of MCC vs. Nepal marks the celebration of 200 years long of Britain-Nepal bilateral relations.

The UK in Nepal, Nepali Embassy in London, and Britain Nepal Society have organised several events both in Nepal and the UK to mark this special friendship between two countries.

Here’s one of the images that I took at a Nepali embassy event organised to seek support from the various groups in the UK. 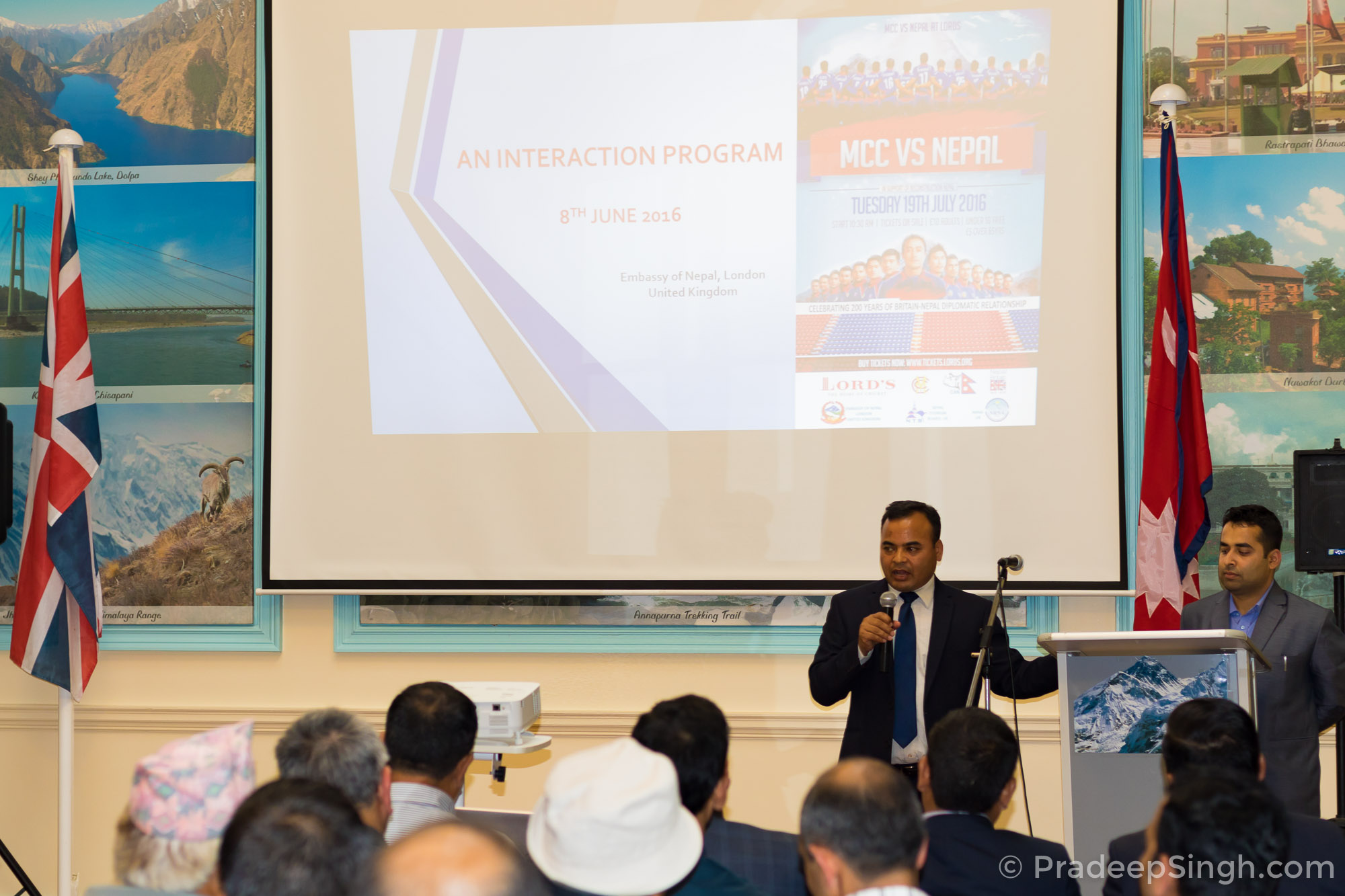 In addition to marking the bicentenary year of the Britain-Nepal bilateral relations, the match follows on from the successful MCC tour of Nepal in November last year.

MCC has a strong relationship with the Cricket Association of Nepal. The 2015’s November visit of the team was the third visit to Nepal after the 2003 and 2009 visits. MCC was the first team to visit Nepal after the deadly earthquake in 2015, and both the teams remained grateful for the flourishing relations.

It was announced back then that the Team Nepal will be travelling to England this July to play a 50-over match against the MCC. MCC had expressed incredibly supportive views of Nepali cricket while in Nepal.

John Stephenson, MCC Head of Cricket, speaking about the event recently, puts it “We are delighted that Nepal will be playing at Lord’s in July, and we very much look forward to welcoming their players and supporters – both Nepal and UK-based – to the Home of Cricket. We saw during our November tour that there are a lot of talented cricketers in the Nepal team, so I will be selecting a strong MCC team which will hopefully provide a very entertaining spectacle for everyone. MCC has an excellent working relationship with Cricket Association Nepal (CAN), and this fixture will only enhance that.”

MCC has also been supportive of Nepali Cricket team with investments in country’s cricket and the players. The team had included Nepali captain Paras Khadka on their side for the Emirates T20 event in Dubai in 2015 and had invited a couple of players to spend time with MCC’s Young Cricketers.

The International Cricket Council (ICC) have selected a 15-man Nepal squad for their match against MCC. Here’s the list of Nepali players along with the MCC squad.

Here’s the official poster that I designed to promote the MCC VS Nepal cricket match at Lord’s. 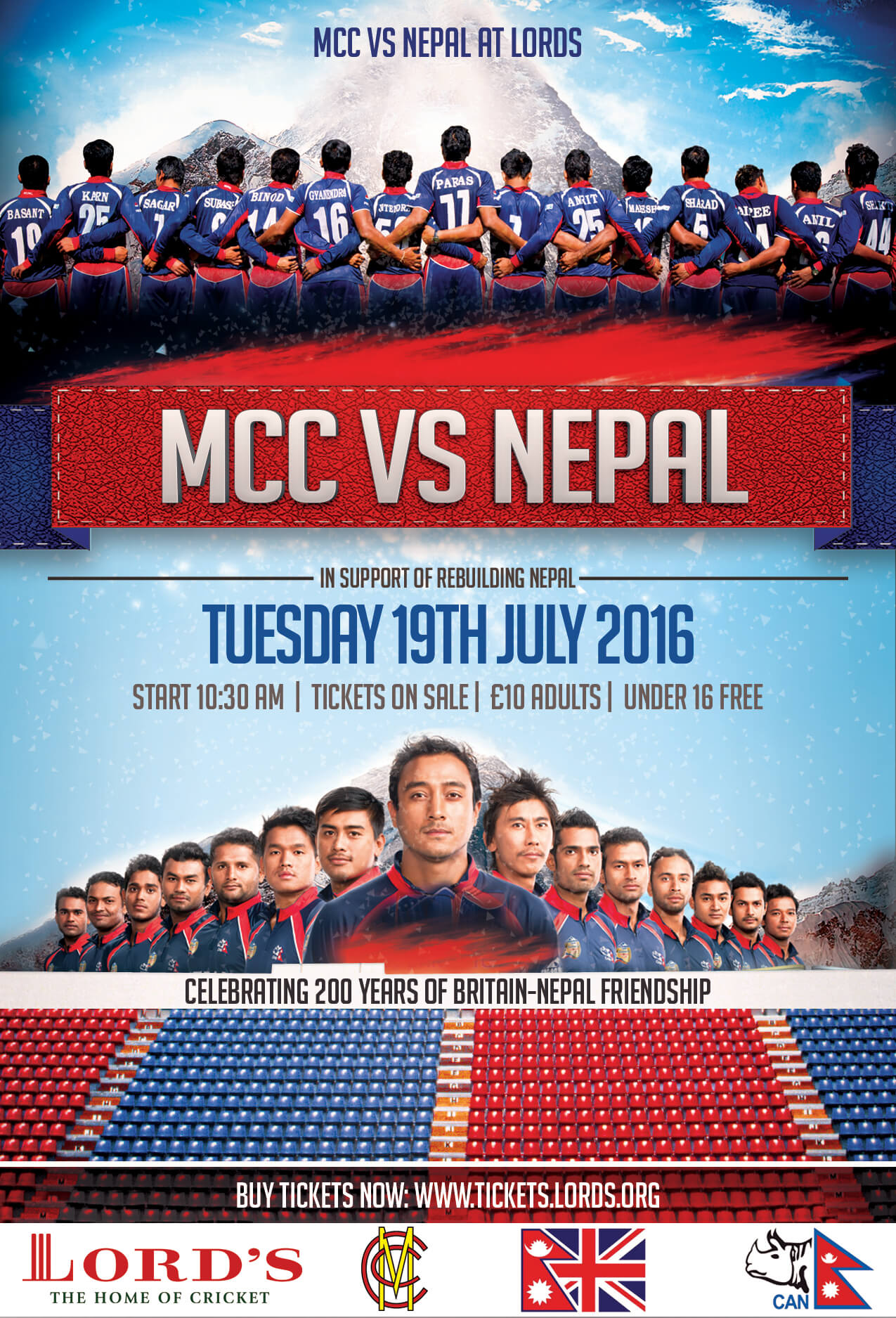