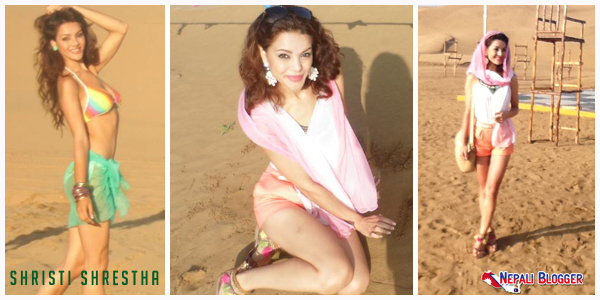 Shristi Shrestha ranked under top 40 in a beach beauty contest of Miss World 2012 taking place this year in Ordos, China. Shrestha was listed on top of her group under semi finalists for the beach fashion. She stood on top rank of group three which included 12 countries including the host country China.

This must be a fantastic start of Shristi Shrestha in the journey to Miss World 2012. It’s also more of an optimistic part to many of us who are in hope that Shristi Shrestha will bring some title back home this year. Nepal has yet to see any significant achievements from Miss World beauty pageant.

Coming back to beach fashion, none of the participants from Nepal till date had made it to the short list of the competition. Though Sadichha Shrestha participated in beach fashion in 2010, she didn’t make it to any list. Beach fashion is a part of the beauty pageant in which beauty body is evaluated under beach theme.

In another category of Miss World 2012 – Miss Multimedia; Shristi Shrestha ranks second just under Miss Thailand with most facebook likes. Like her page from Miss World if you want to see her on top.

All the best to Shristi Shrestha on her way to Miss World 2012!