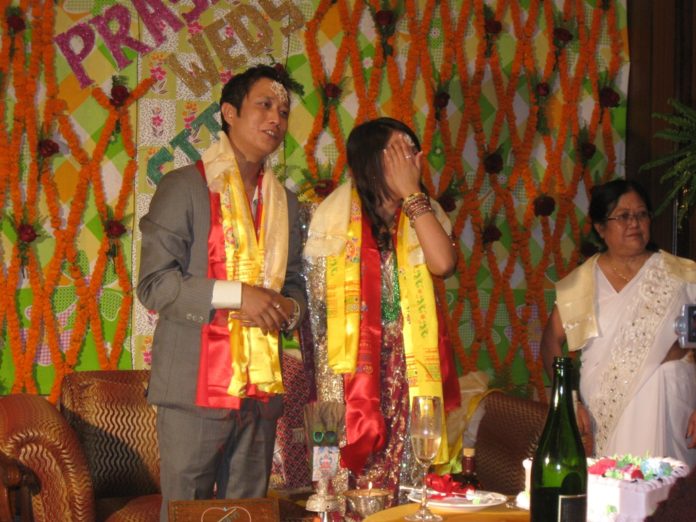 However secret Prashant Tamang wanted to keep his wedding, he couldn’t escape media following him. After all, who (mostly Nepalis) wouldn’t be interested in following his fame? We Nepalis may have forgotten him as an Indian competition (Indian Idol) winner as by now he now has become our own Nepali Idol. Or to put it simply, we don’t find it comfortable following him as Indian Idol anymore. He is our very own Nepali Star now. First with his best Nepali songs and now with some Nepali Movies, prashant Tamang has simply rocked our Nepali world. And as a part of following him, we couldn’t hold ourselves from giving a buzz about his marriage. 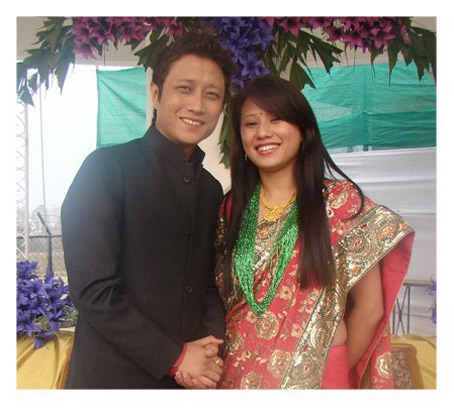 So who is that lucky girl?

Martha Aley, 25 years old, familiarly known as Geeta was born and brought up in Kohima, where she did her schooling from Little Flower School and completed her HSSLC from Livingstone Higher Secondary School, Dimapur, and graduated from SD Jain. Geeta originally hails from Dimapur Nagaland. Her father is serving as sub inspector in Nagaland Police and mother is a D.O with LIC. Geeta works as a flight attendant in a reputed Airline.

Prashant Tamang came across Geeta Aley during one of his tours to Dimapur, Nagaland. Their instant friendship turned to love and finally reached up to their marriage. According to some sources, Prashant Tamang also celebrated this Valentine’s Day at Niathu Resort there in Dimapur.

The wedding reception took place on February 17 and was attended by close friends, relatives and some well wishers. The couple will reportedly settle down in Darjeeling. 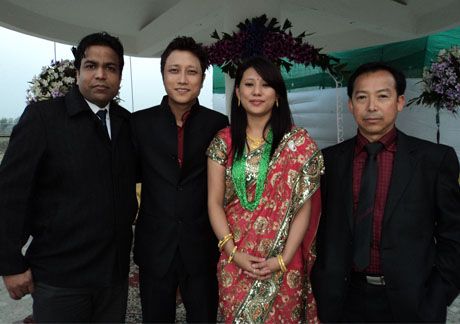 Prashant Tamang’s recent movie “Gorkha Paltan” brought him into the Nepali Movie Industry limelight. Unexpected, be it the singers existing fame among the community or be it his acting skills, the singer was successful in winning the hearts of Nepali movie goers. But his success in Nepal and movie stuffs should make another story.

For now, we at Nepali blogger want to wish the newlywed couple a very happy married life.