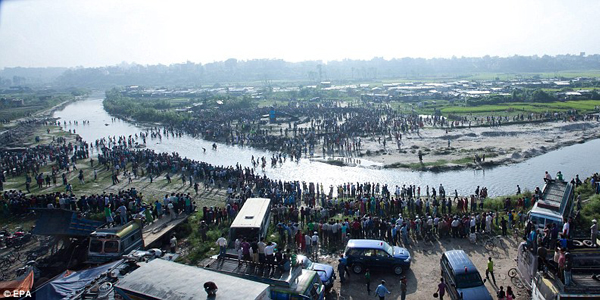 What a sad news! A Dornier Plane belonging to Sita Air crashed early morning today killing all 19 people on board including 3 crew members. The plane was bound to Lukla from Kathmandu Airport. The crash took place at nineteen minutes past 6AM in the morning. The plane crashed while returning back to Tribhuvan International Airport(TIA) following some problems in the aircraft minutes after it had taken off.

The aircraft is reported to have burst into flames after it crash landed in Sukumbasi tole in Bhaktapur near Manohara Khola. See the image below. 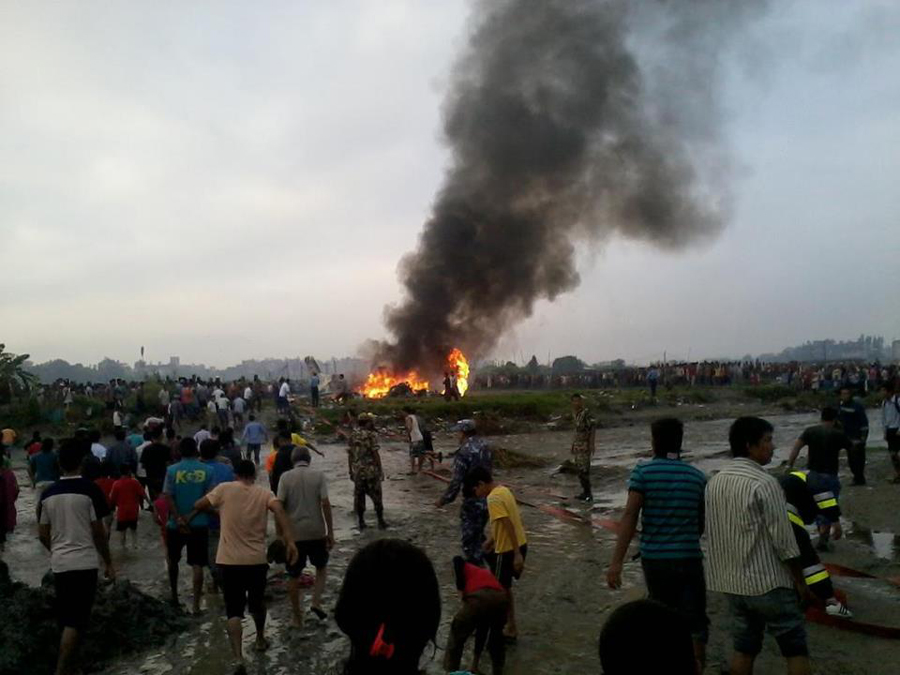 Cause of Sita Air Crash

It’s confirmed by TIA officials that the aircraft caught fire after being hit by a flying bird. The Dornier 9N AHA-D228 aircraft was hit by an eagle.

The airline company has confirmed that among 19 people killed in the crash, seven are Britons, seven are Nepalis and five are Chinese nationals. Most of the passengers are said to be trekkers on their way to Mt Everest Base Camp. The crew members are identified as pilot Bijaya Tandukar, co-Pilot Takeshi Thapa and airhostess Ruja Shakya.

Bijay Tandukar (Pilot): A resident of Chabahil, Kathmandu, Tandukar was a seasoned pilot with a decade of experience in flying airplanes. He had joined Sita Air as co-pilot and had been working as captain for the last six years.

Takesi Thapa (Co-pilot): He hailed from Dhapakhel, Lalitpur and was the only son in his family, with six sisters. He had taken pilot course from Manila, Philippines and had joined Sita Air two years ago, aged 23, as co-pilot.

Ruja Shakya (Air-hostess): She was a permanent resident of Banepa, Kavre. She had joined Sita Air just five months ago. She was the first runner-up of the first-ever held Miss Kavre, a district level beauty peasant contest. She was also currently a BBS third year student.

Here’s a video from CNN reporting the crash.

Names of others foreign nationals have yet to be established.

Images from the Sita Air Crash

Here are some more images from the crash site. More images as reported by international media have been added.

We will Keep following the updates!

Plane crashes have been frequent quite lately in Nepal. It’s just been some months that deadly plane crash of Agni Air took 15 lives in Nepal. This is the sixth time a Dornier Aircraft has crashed in Nepal.

Lets pray that all the departed souls rest in peace.